since I've posted!!! It seems like forever since I've visited with all of you. The time seems to have flown by though so much has been going on.

I know I posted that we got a newer van, I just love it and so far it has been doing good. Kevin is able to get into the front seat of this van and has gone out with me several times. We were able to get a new mattress set ( king size) yea!! for the bed. We needed a new bed really bad ours was quite old and falling apart. We were also able to replace several other things that were worn out too. I am so thankful to have found the insurance policies mom had in with some other papers. I almost threw them out because they were dated 1960 and I figured they weren't any good. I am so glad I called to check before tossing them in the trash. God was surely watching out for us as was mom.

I have been having some health problems too during all of this. My arthritis and fibromyalgia have been getting really bad and I've had a rough time trying to get things taken care of. I went to the Doctor Monday and she put me on an anti-inflamatory to try again. I used to take Naproxen but it caused me a lot of stomach problems and I had to stop taking it, It has been several years so I am going to give it a try again. She also prescribed Lyrica for the fibro-myalgia but I haven't heard from my insurance yet if they will cover it. I hope to know by tomorrow.

I have more to tell but will save that for tomorrow. It is getting late and I'm getting tired. My aunt and uncle from Dayton are coming down tomorrow for a visit so it will be later tomorrow before I will be able to visit with you all again.

I plan on being here everyday from now on. It really helps me having all of you to share things with. 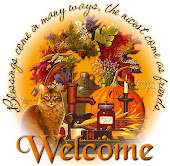 About Who I Am 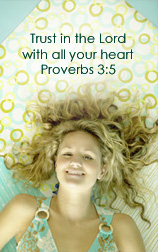